Citivyr laid the rare wooden heart-shaped idol upon the altar then let his arms rest at his sides as he took a step back. The large, black plates of his armor clinked as they reset to their proper position.

He spoke the words taught to him long ago, and at once the room was filled with a glow that caused his nerves to go tranquil. He’d seen this light once before, when last he fulfilled the ritual.

Citivyr raised his gaze from the floor, and before him stood an orb that despite its inner light reflected his own visage. Pale green eyes stared back at him in stark comparison of his hair, which was a deep shade of crimson. 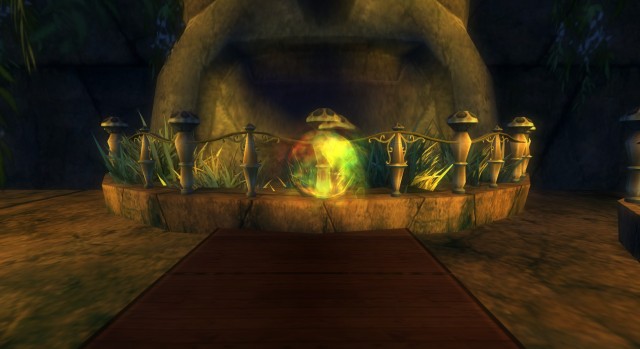 “Citivyr of the Sovereign Host,” the voice seemed to emanate from all corners of the room, “why is it me you invoke?”

“Life-Shaper,” Citivyr started, “I wish to utilize your special service.”

“You ask,” asked the Life-Shaper, “to be reincarnated?”

“I do.” Answered the warrior.

“I feel,” Citivyr responded, “that it is time to start anew.”

“I will remind you,” the light within the orb flickered as it responded, “that, once done, what you ask cannot be undone.”

“I understand.” Citivyr answered as a smile splayed across his lips. “I’ve done it before, and am familiar with the nuances.”

“Quite.” The orb quipped, and its internal light increased to the point that Citivyr had to shield his eyes lest he be blinded. “May your new life be as prosperous as the current, and bring you the fulfillment you desire.”

Citivyr woke to find himself draped in thin and tattered rags. The sound of nearby waves felt familiar as they and the sand of the beach crashed and the sun glared down upon him, intense upon the exposed flesh.

He stood and surveyed the familiar scene, the shore littered with flotsam. He remembered that the ship that bore him had been attacked by a dragon, and these soaked and broken pieces were its last vestiges.

Citivyr, my main character on my main server, has finally gotten to a third life. My choice to keep him a Paladin was based on five main reasons:

Though the thought to play a warlock had occurred, I need to investigate, study, and learn how such a build should be played. I just did not yet feel comfortable.

The first levels were so easy I had to check to ensure I was even on Elite. I’m talking so easy that I even tried a couple of quests on Reaper. Somehow I survived to completion, but was under far more stress. I’m not sure if the reason I had such an issue on Reaper 1 was because I need to learn how to play reaper differently or the fact that in one quest I got three reapers.

I tried to use a leveling guide at one point, but I found that I did the quests on the list before I was supposed to, and that made the entire process worthless.

As I advanced in levels, I found the problem became more and more of an issue. I’d reach the next level and look at the guide only to find I’d done about half of the quests on that level’s list on the last. As one can imagine, eventually I just surrendered.

Once I reached level 8, I gave up the guide and just did every quest I could that was two levels below and I found leveling to be far more enjoyable. Another advantage that made things more fun was that the quests had begun to provide more of a challenge.

Level nine was where I’d caught up to some of the characters run by members of my guild. Once I reached ten, we decided to run quests out in Barovia since they provided some good XP, and the weapons compared to crafted or farmed seem to be far superior.

Now that Citivyr has reached level 11, I plan to continue the quests out in Ravenloft and then return to Stormreach when those are finished. Tor is just too good to pass up, both in experience and gear. Perhaps I’ll even find a way for The Crucible to be completed!

Got any quick level solutions you’d like to share with my readers? Respond in the comments section and let us know!

As always, thanks so much for your time. Hope you’ll come back again next week!

19 thoughts on “Citivyr, the Third”

My name is Citi, and I’ve been playing the MMORPG Dungeons and Dragons Online since the summer of 2011. Though I belong to a few guilds on different servers, most of my time is spent on Cannith. I tend to split my time between my guild and running solo.

DDO Stream: Due to life changes, Stream schedule is currently undetermined. More news on this when I can find a stable schedule.

Living life without the necessary foundations

Funz and failz in DDO... and beyond!

A look at DDO and gaming

The Order of Syncletica

For fun and glory

Confessions of a Geek Mom